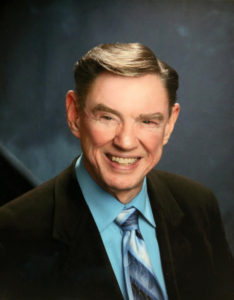 Who Is Dr. Hal Huggins?

In the 1970s, Dr. Hal Huggins decided to do something about the state of dentistry. He looked into traditional practices done by dentists and wanted to make them better. He questioned the safety of amalgam fillings and root canals because he believed in creating safer dental care procedures for his patients.

Huggins received his dental degree from the University of Nebraska in 1962. After practicing dentistry for over 10 years, Dr. Huggins became interested in the toxicity of mercury and how silver fillings affected the entire body. Studying dental fillings lead him to earn an MS from the University of Colorado with an emphasis in toxicology and immunology.

After earning his degree, Hal Huggins founded the Huggins Diagnostic Center. This center provided Huggin’s dental practices and beliefs to patients seeking a more holistic approach to their health.

During his studies of mercury amalgam fillings, he concluded that amalgams could be linked to the following health risks:

In 1998, Huggins published an article in the Alternative Medicine Review pertaining to his study of mercury’s effect on the brain. In the study he found cerebrospinal fluid remitting after amalgams were removed, thus helping patients that suffer from multiple sclerosis.

Four Seasons Dental Care Spa was proud to be home to Hal Huggin’s personal dentist, Dr. Wright, till his passing in 2014. In his honor, we are committed to keeping his legacy alive in what we call the Huggins-Wright Protocol. We’re committed to constantly research safe and healthy practices for our patients.

His studies were not limited to the potentially harmful effects of mercury amalgams on the body; Hal Huggins was also interested in the ineffective nature of root canals. Huggins argued that leaving a dead tooth in your body—a common practice of a root canal—leaves you susceptible to bacteria and their toxins entering the bloodstream. After Huggins argued that root canals were not safe, the dental association changed their wording associated with root canals. Instead of referring to a ‘dead tooth,’ they began to refer to the tooth as a ‘non-vital’ tooth; hoping to make root canals more acceptable through better wording.

Dr. Wright studied one-on-one and was mentored by the late Dr. Hal Huggins. He completed all of his coursework, including Dr. Huggins’ blood chemistry course. He feels very honored to have been chosen by Dr. Huggins, as his personal dentist, prior to his passing in November of 2014.

Dr. Wright is committed to honoring Dr. Huggins legacy and the amazing training he received from him, by providing exceptional quality, holistic, biological dentistry and fully informed patient care. He follows the protocols for safe removal of mercury which he has been accredited in by two International academies, IAOMT and IABDM, as well as the additional protocols which Dr. Hal Huggins created.

At Four Seasons Dental Spa, you, as our patient, are given the time and attention you deserve, whether your visit is preventative in nature, or we are restoring function and beauty through restorative or cosmetic care. Dr. Wright believes in finding the root cause and building a healthy foundation with an integrative, biological approach and creating a sustainable care plan for optimal dental health which supports whole health. Our team members will be working together to give you an extraordinary and unique experience. Your dental visits will include the latest technology and precision diagnostics. You will be included and will see details and data that you can easily understand. Any questions you have about your dental diagnosis or options for treatment are welcomed. Dr. Wright believes that Knowledge is Power… The more informed and knowledgeable our patients are, the better their dental and whole health will be. We know many times this knowledge is passed forward and impacts their family’s and even friend’s health.